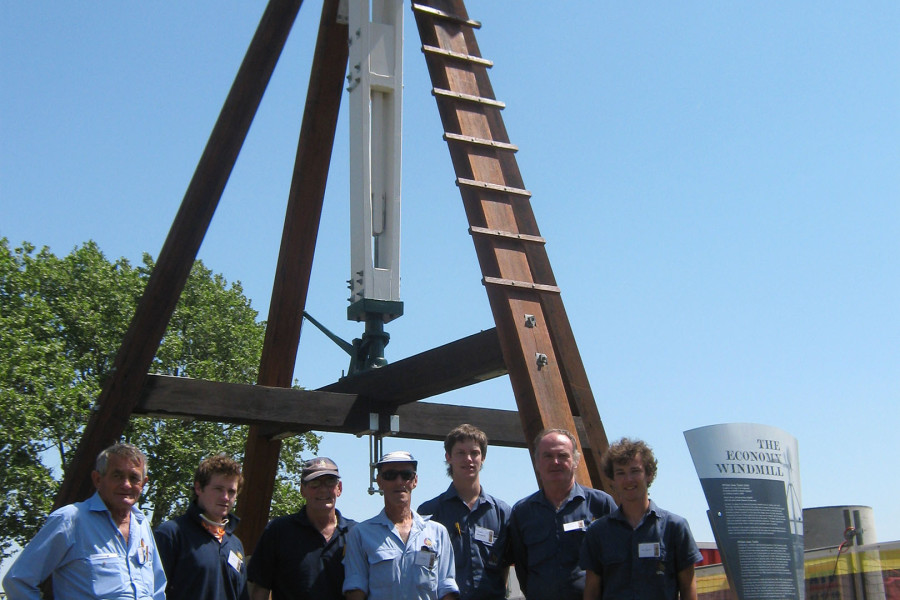 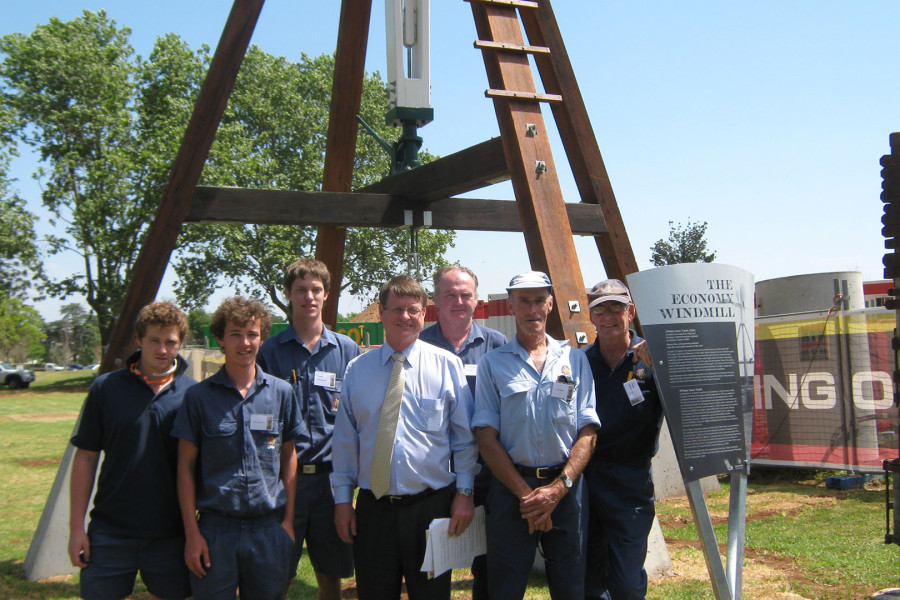 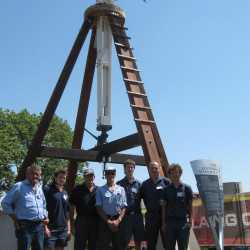 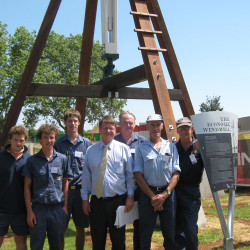 An inspiring replica of a 19th century windmill has been erected near the Southern Queensland Institute of TAFE in Toowoomba.

Brought to life by a group of Q-Build workers and apprentices, the Darling Downs project was recognised as part of the Q150 celebrations, honouring Queensland’s 150th anniversary.

Kennedy’s recycled hardwoods have taken centre stage within the structure’s tower and mast.

The Ironbark and Spotted Gum timber, recut from redundant power poles, has been graded according to the new industry standards (see related story on pages 8+9).

Imported from the United States in 1875, the original windmill was used on the southern and western railways by the Department of Public Works.

Dismantled in 1950, cast iron parts from the original windmill were donated to the Queensland Government by a local farming family.

Preserving its unique history for future generations, reconstruction of the 13 metre high replica commenced in March 2009 and was completed within seven months.

The new windmill was officially opened in September by the Queensland Minister for Public Works, Mr Robert Schwarten.