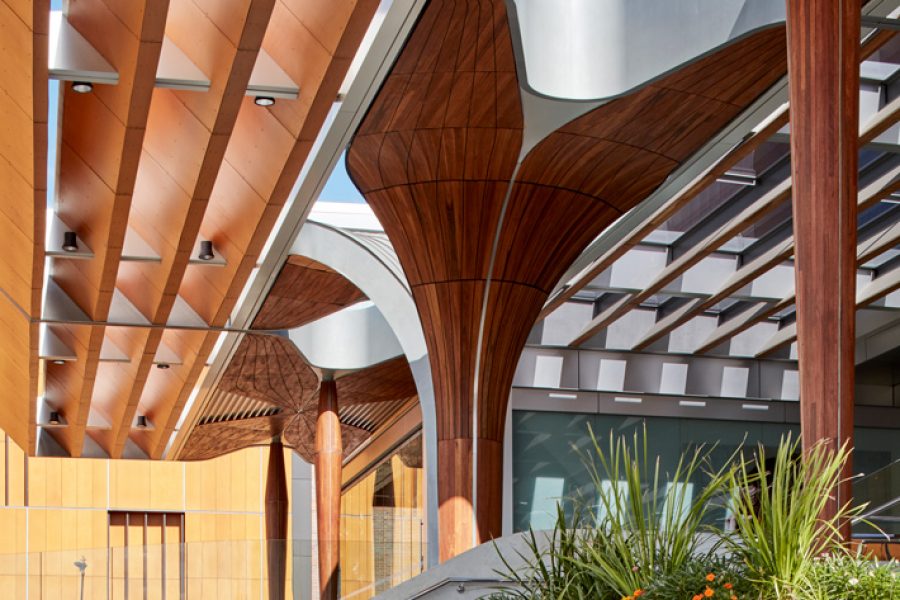 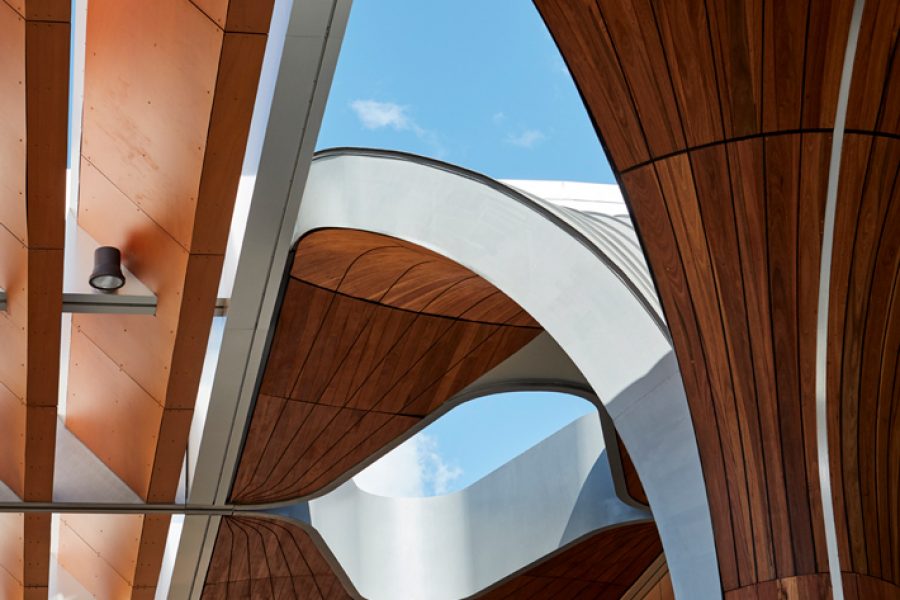 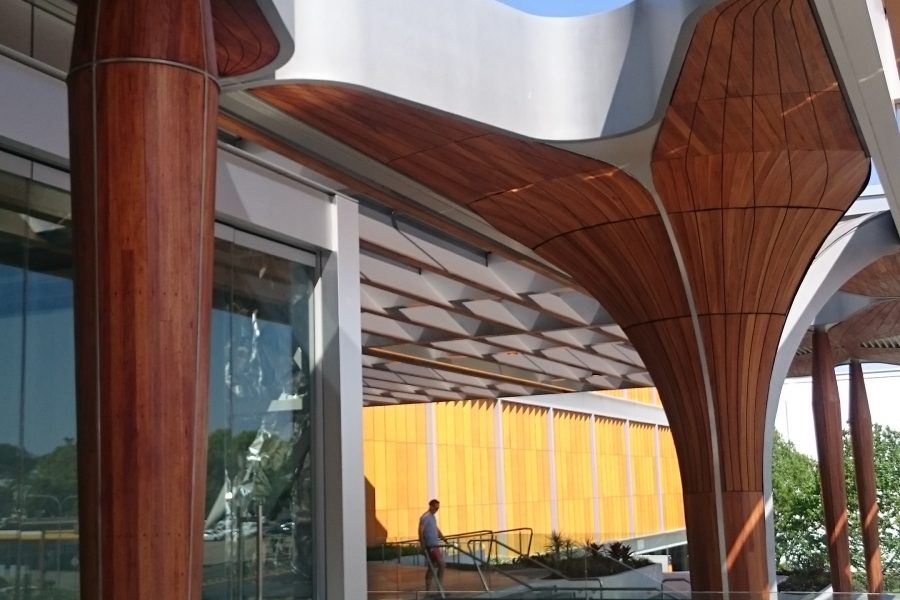 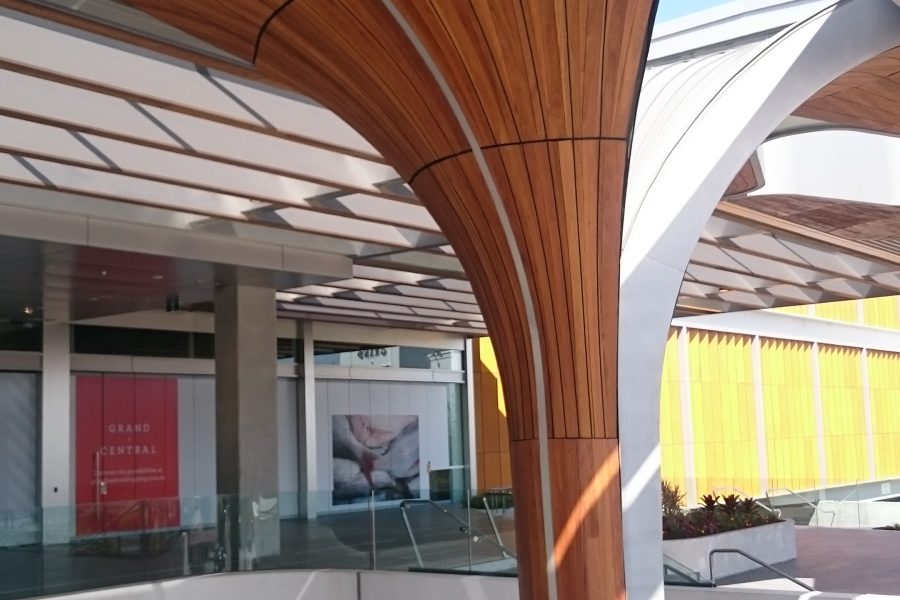 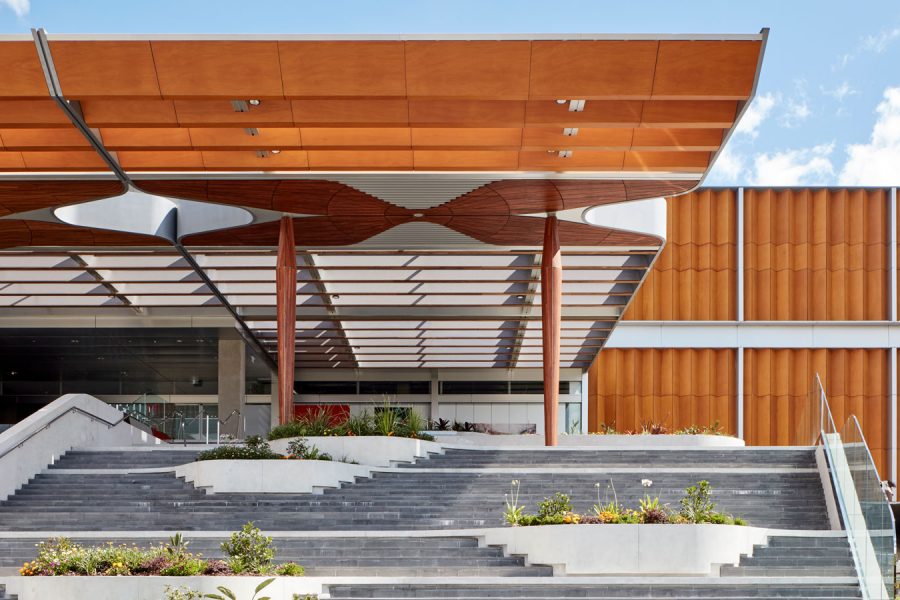 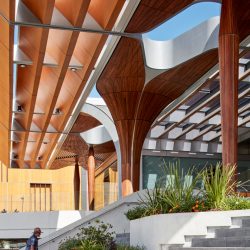 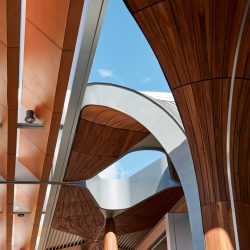 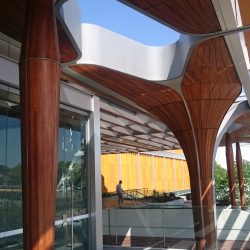 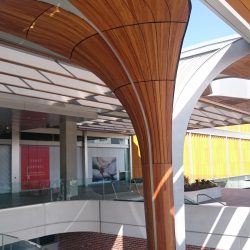 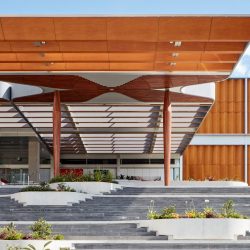 As the leading supplier of premium Australian reclaimed and sustainable timbers, Kennedy’s Reclaimed & Sustainable Architectural Timbers is in high demand from both commercial and residential building industries.  Thanks to their extensive range of timber applications, Kennedy’s can offer clients a full spectrum of timber design possibilities. This capability coupled with a long list of impressive, signature projects attracted the attention of Toowoomba’s Grand Central Shopping Centre architects FJMT. The team at FJMT, was looking to create something very unique for the redevelopment that would bridge a lightly-used rail corridor and the western armature of the city creek system, Gowrie Creek, thus maximising the space for public benefit.

The client’s brief for Kennedy’s was to create feature ceilings reminiscent of two butterfly-style shapes that measured 14m long by 4m wide. The Grand Central project had a further request that the central timber butterfly feature be bent in two different directions.  This column measured 13.5m tall and 14m long by 4m wide and was inspired by Toowoomba’s iconic water tower.

With more than 40years of experience, Kennedy’s in-house cabinet maker Mark Scheimer was able to set up complete templates of the structures and used 6mm ply to coat the initial shape.

Using solid Tallowwood 85mm x 12mm thick laminated onto structural plywood, Kennedy’s team were able to bend the Tallowwood timber around the structured surface to suit the shape.  There were 48 modules in total of the prefabricated timbers delivered for the installation at the project which has resulted in a visually striking presence.

“The project involved a unique design of high durability timber that was curved in two dimensions to clad steel columns which created a realistic and lifelike timber arbour that had long term durability and functionality and was visually consistent with the architects design and intent,” Kennedy’s Timber Founder, Michael Kennedy said.

“Some timber had to bend about 60 degrees so it involved a unique manufacturing process that was installed in a module form to minimise site and construction costs.”

Kennedy’s ability to rise to the challenge of such a technically-ambitious design demonstrates the company’s commitment to architectural timber joinery and specialised orders.